Recently, I posted to LinkedIn a podcast in which Wharton’s Daniel Kim discusses his research on the role of age in founding a successful startup.

An assistant professor of management at Wharton, Kim was a Ph.D. student in MIT’s Sloan School of Management in 2018 when he and MIT Professor Pierre Azoulay were among the co-authors of a paper in which they reported their finding that the average age of a successful startup founder was 45.

The bottom-line message of my post was that older entrepreneurs should fear not. And like another post I’d made a year or so ago on the same topic, it elicited a huge reaction, with more than 3,600 views, 84 reactions and more than a dozen comments.

Among them: “Somebody should tell the VCs. They don’t seem to be aware of this.”

The researchers from MIT, the Kellogg School of Management at Northwestern University, and the Census Bureau acknowledge this idea in the first sentence of their abstract: “Many observers, and many investors, believe that young people are especially likely to produce the most successful new firms.”

But using U.S. Census data to study the ages of founders of growth-oriented startups in the past decade, the researchers found reality to be quite different from common perception.

“Prior experience in the specific industry predicts much greater rates of entrepreneurial success. These findings strongly reject common hypotheses that emphasize youth as a key trait of successful entrepreneurs,” the authors wrote.

StarterStudio is a welcoming environment for startup founders of all ages, and our recent Seed Stage cohort was a prime example of that, as it included founders recently out of school as well as serial entrepreneurs in their 40s and 50s.

At 47, co-founder Todd Smith of 360Converge is on his third automotive industry startup, which is one of several in the automotive vertical to come through StarterStudio. He is still an equity owner of a Maitland, Fla.-based managed live chat company for automotive dealers with around 100 employees.

His new company, 360Converge, is an automotive-industry-specific CRM platform that will use machine learning and a neural network to streamline automotive sales and service communication. One key goal is to help salespeople identify and prioritize engaged shoppers, creating a personalize shopping experience.

Todd calls himself “one of the grays” in reference to his relatively senior status among tech startup founders. It’s a label he gladly accepts, as he recognizes that it comes with many advantages. Chief among them is many years of industry knowledge and experience, which is one of the factors noted by the researchers.

Todd was there in the mid-90s when the automotive industry was forced to embrace the Internet.

“It’s been 25 years of watching that space evolve and being able to participate in it: CRM, live chat,consulting and helping build digital retailing platforms,” Todd said.

Added to that, Todd says, is a lifetime of relationships.

“It’s like having a giant mentoring network and Rolodex of people to connect and communicate with.

Building that network is so critical for any business owner,” says Todd, who counts among his network the CEO and founder of Autotrader.

The idea for Todd’s business grew directly out of his industry experience and his ability to spot a need within the marketplace, as is the case for Mike Daniels, who was in the same StarterStudio Seed Stage accelerator cohort as Todd.

At 53, Mike also has 25 years of experience with technology companies and startups. About 18 of those years were in the real estate industry.

Mike says his many years in the industry have given him greater insight into the real estate marketplace than he could have ever gleaned from reading about it.

“There’s nothing like experience when you’ve actually gone through it and you’re looking at nuances of things that can happen and at the ripple effects of how things are done,” he said.

Mike said these insights are not only helpful in making decisions about how to build his company, but also in talking to investors. He recalled a conversation he had recently with one investor who apologized for asking so many probing questions.
‍

The investor told him he appreciated that Mike took his questions constructively and yet was able to correct him when he was wrong. Mike said experience has taught him that.

“That sort of probing is what keeps us sharp and on our toes. You learn not to be so locked into your ideas,” he said.

Mike’s nearly two decades in the industry have also enabled him to build a strong reputation with connections that have turned into advisors and testers of the technology, as well as investors.

Mike and Todd’s observations are echoed by Mark Feinberg, a serial entrepreneur who founded Blue Jay Consulting,a leading provider of consulting services to hospital emergency departments that was acquired by Philips in 2015.

“With age comes wisdom,” said Mark, adding that older entrepreneurs also benefit from “street cred,” or credibility based on the idea that someone who has been successful in the past is likely to be successful in the future.

At 56, Mark is in the due diligence phase with investors in his latest venture, Winter Park, Fla.-based Stay SmartCare, which provides continuous, non-intrusive health-care monitoring of seniors.

And lest you think there’s a steep drop-off in success beyond the 40s and 50s, the researchers also found that a 60-year-old startup founder is three times as likely to found a successful startup as a 30-year-old.

Perhaps all of this explains why information that shatters the young-founder stereotype goes viral.

Added to that, it seems that for every person who commented on my post, I had an e-mail, phone call or in-person comment from someone who said they loved the post but didn’t remark online. In some cases they admitted it was because they are still reluctant to identify themselves as being in the “gray” category,lest their investors, customers or employees think they are past their prime.

In truth, Central Florida is a haven for older people as much as for youth, and at StarterStudio we provide all of them with a safe place for exploration, where they can learn from and support each other while also learning from other mentors with industry-specific and starter-specific knowledge and experience.
‍

With its many evening programs, including our latest Idea Stage accelerator, StarterStudio enables entrepreneurs of any age to keep their day jobs while they figure out whether they have an idea worth turning into a company and how to build a business around it. 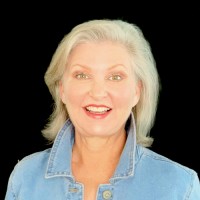